In ‘Mama Tried,’ Emily Flake embraces the foibles of parenting
Michele McFarland
For many years, our three offspring requested an addition to the family clan, a fourth child to love (or so they claimed. It’s possible that they only craved equality: even sides for dinner arguments and rounds of Mario Kart.). While my husband and I did not relent, we marveled at their worrisome lack of judgment. Didn’t they know how hideously incompetent we were as parents? Didn’t they understand that they thrived only because of well-placed bubble wrap and the sageness of their sanctified teachers?

Now, neurotic parents like us can turn to the latest book from cartoonist and writer Emily Flake for a little comfort. Flake embraces the inevitable insecurities of bringing up END_OF_DOCUMENT_TOKEN_TO_BE_REPLACED

His Name Was Sawyer

Published in “Outside In Literary & Travel Magazine”

Selected for the Anthology “Whereabouts: Stepping Out of Place.” 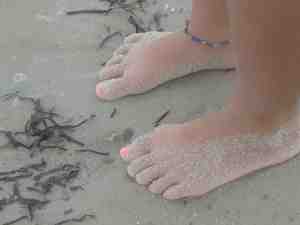 His name was Sawyer. Dirty blond curls spilled down to his shoulders. He smiled easily with small, straight teeth lined up like itty bitty Legos.

“Can I play with you guys?”

My girls, stooped in earnest competition for the best sand castle, straightened up. They were double his age, double his size, and hesitant as they checked out his tiny bare chest and sinewy arms. Their lips pooched out a bit, but finally their manners ensued. “All right.”

“I’ll be right back. I’ve gotta get my bucket.”

The peace of Lake Tashmoo’s steady wind brushed our ears and rustled the shore grasses, sanderling and gulls called out from time to time, just to remind us we were near the sea. Past the inlet, the lake water spilled out through the Sound, toward the Atlantic. But here, at our feet, the surface barely rippled, tapping the beach only when a windjammer or troller pushed it ashore.

Sawyer exploded back to us, joyous, with his bright yellow bucket.

“Did you catch any crabs yet I found some over there by the rocks Do you have a shovel I can borrow I think I caught three crabs so far Hey I like your castle I caught them in my net but with the little ones you can just scoop them up in your hand…” Here, he took a breath and his little arm swung across his body, hand cupped, imaginary immature crab captured. We took a collective deep breath, as if we were the ones on verbal overdrive.

But then we began to listen. END_OF_DOCUMENT_TOKEN_TO_BE_REPLACED

A Tree Falls in Baltimore: Ode to a Black Walnut

A version of this essay first appeared in Maryland Life. 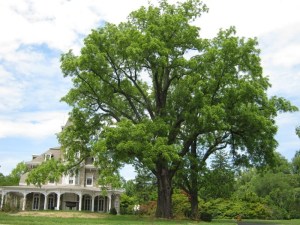 The earth is brown and barren now. A nothingness, where recently stood one of the oldest, largest and more storied Black Walnut trees in Maryland. Hallowed ground, where Civil War soldiers once rested beneath its expansive canopy. Where Victorian women in fine millinery sipped lemonade under its branches.

Where just last summer, my three girls and I held hands as we strained to wrap ourselves around the Black Walnut’s massive trunk. The four of us, cheeks pressed against the rough bark, fingertips barely touching, couldn’t close the circle. END_OF_DOCUMENT_TOKEN_TO_BE_REPLACED